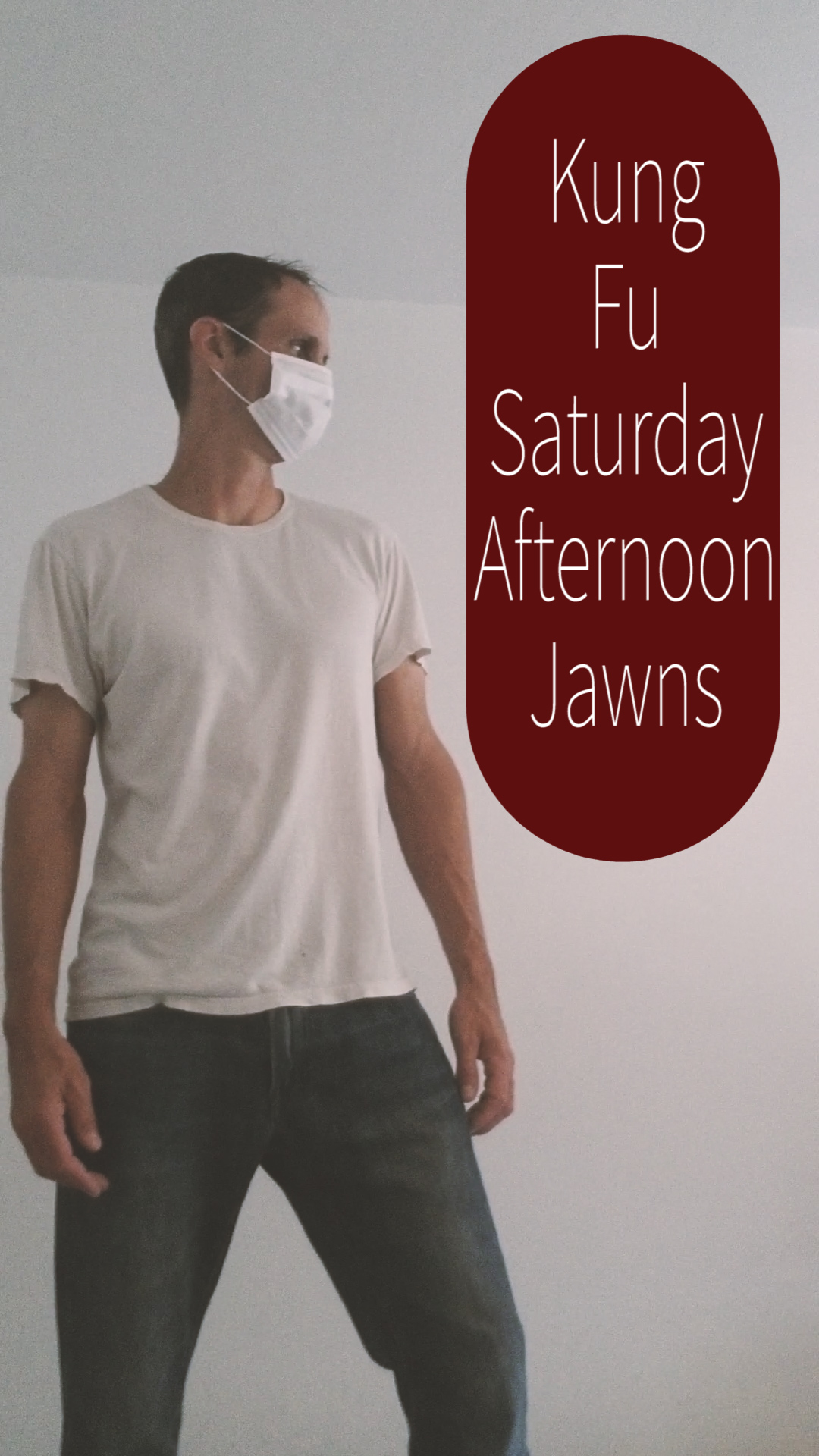 Remember, a few years ago, these were all the rage. A meme spun outta control like a runaway train. Cool concept, interesting font & design, then, it seemed to spiral outta control a bit. Rather than be on the tail end of any viral trends, I wanted to leap ahead.

I run a Roku channel, called ‘KungFu Saturday Afternoon Jawns’, basically its public domain martial arts films. However I dove a little deeper into it’s actual meaning, which is, when a kid in the 1980s, on rainy days or family functions over a cousins house, who may or may not have had cable TV (remember, cable TV itself was really bad back then as well), there wasn’t always a whole lot on TV. Often times, the old fallback viewing experience was those martial arts films with English overdubs on the local UHF channel. Hence the ‘Saturday Afternoon’ part of its name. Unfortunately due to the Roku channel name character limit, I had to conjugate Kung & Fu into one word, and drop the S from jawns, aside from that tho, I like it’s title.

Anyway, its time for some modest promotion. I used vertical video, shot on an Android Galaxy S8, and yes that’s me in the video, and doing the music. I don’t like my voice, for self made voiceovers, although I’ll do it when necessary, but in this case it worked out following a younger, internet/app trend of text-for-spoken-word. Additionally, the facemask trend that may or may not be taking place in asian countries seemed a good fit for the channels promotion. And it’s a bit jarring to people who aren’t aware of it, it may look like a Halloween type ninja mask (note: they didn’t have black so I went with white, didn’t feel like ordering it online)..

Having said that, it took longer than it looks to create, a reshoot or two, but overall I am happy with its result. Word may still be out on it’s reception and attribution to any installation and viewer growth, I am monitoring the channels analytics daily. Still however, I like the change and for a low cost advertising option, I feel it’s so far been a successful venture, possibly ahead of its time.